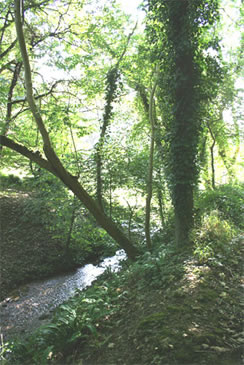 Hampton Colours started in 1966, at the Toadsmoor site in Brimscombe, as a partnership called Scott & Hampton. The premises were owned by a printing ink manufacturing company called Scott Entrop Ltd., which also provided the administrative facilities to the new partnership.

The know-how for the colouring of plastics came from Charles Hampton who had been in the industry for more than 30 years. During this time he had worked his way up from mixing pigments and dyes for Casein and Cellulose Acetate, to running the colour matching laboratory for Erinoid Ltd (later to become BP Chemicals ­ Stroud). As Chief Colourist for this company, he also had responsibility for the Dry Colour Unit Pack Department which supplied UK & Overseas Plastics Processors with the convenient packs of blended colourant.

It was this Dry Colourant product on which he founded his business here in Brimscombe and which prospered, as a partnership for 8 years. In those days, Dry Colour powder blend was widely used for many kinds of quality mouldings eg. Makeup Compacts, Picnic Sets, Baby Baths, Vacuum Flasks, Coffee Jar Lids and Knife Handles.

By 1974, Charles was keen to retire and his son David entered the business, bringing with him experience from working in two major plastics processing companies. Charles’ original partner, John Scott was replaced by Derek Young ­ a local plastics manufacturer working in ABS and PVC, and a Limited Company was formed.

A couple of years later Hampton Colours Ltd., purchased their site at Brimscombe and soon after, early experiments were carried out with the view to producing a Masterbatch product. This was originally in the form of rough cut granules and often for use at just 1% addition in any of the common polymers. This high colour strength and flexibility was retained when in the 1980’s the company was able to produce the product as regular pellets, free from the size irregularities of the original masterbatch. In 1996 a 4000 square foot building was erected and masterbatch rapidly became the major product.

In 2000 Chris Hampton joined the business bringing experience in IT and accountancy and took over as Managing Director in 2005. More recently Chris’ sister Rebecca has also joined the family business as Quality Consultant.